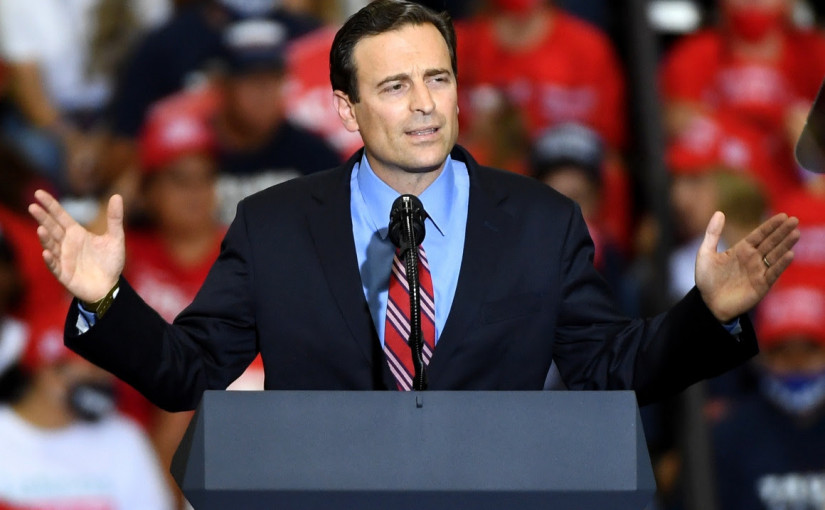 As you may have heard, our endorsed candidate, Adam Laxalt, won the Republican Senate primary in Nevada and will now face the incumbent, liberal Sen. Catherine Cortez Masto, in November.

Cortez Masto is another one of the woke, socialist Democrats who pretend to be moderate while supporting the most extreme and destructive agenda in the history of the U.S. Senate.

Catherine Cortez Masto does not represent Nevada’s or America’s values. She represents the woke contempt all elite leftists have for our country. She has worked with Biden, Pelosi, and Senate Democrat Leader Chuck Schumer to tear down our Constitution, liberty, and heritage.

And she thinks there is nothing we can do about it.

Adam is a Navy veteran, a highly successful attorney general, and a conservative leader we can trust.

As you know, Senate Conservatives Fund doesn’t support everyone with an “R” next to their name. We don’t care about party affiliation or special interests.

We only support candidates who understand the danger America faces and have the guts to do something about it.

Adam Laxalt is ready to take down the Left in the Senate, in Washington, and around the country.

His platform is straightforward:

✓  Seal the border and prosecute criminals.

✓  Protect our elections, the Second Amendment, and the unborn.

✓  End the tyranny of woke elites over our schools and public health agencies.

This is precisely what our country needs right now. And just as crucial for conservatives: these are fights Adam Laxalt waged for years as Nevada Attorney General. Unlike many politicians who only talk the talk, Laxalt has walked the walk.

He has taken on the Left, special interests, and Washington overreach. Now he’s ready to take that fight to the Senate and add his voice to the team of SCF conservatives there: Ted Cruz, Rand Paul, Mike Lee, Ron Johnson, and more. Adding Adam and others like Herschel Walker, Ted Budd, and Eric Schmitt to that roster can change the Senate, the GOP, and America for the better.

If he can win the Battle of Nevada this fall, Adam Laxalt is ready to fight for you. Please support Adam Laxalt today.

Thank you for considering this request and for doing so much to help change Washington by changing the people we send there.