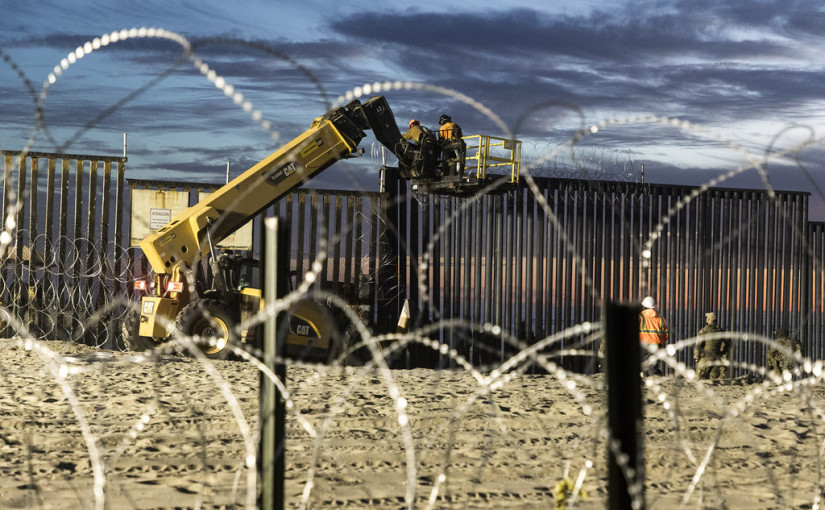 Doesn’t it seem like Joe Biden’s immigration policy is not an agenda, but a conspiracy? Think about it.

Biden didn’t just open up the southern border when he became president. He let in more than 1.6 million illegal immigrants. And he did it in the middle of a pandemic!

Democrats have been relentlessly attacking conservatives for not wearing masks or getting vaccinated – but millions of unmasked and unvaxxed illegal immigrants can waltz in on their own terms?

>  And remember, Biden is not just letting illegals cross the border. He’s having them released with nothing more than a “promise” to show up for a court date.

> Even worse, he’s chartering secret flights and buses to take illegal migrants wherever they want to go in America!

> Biden’s TSA is allowing illegal immigrants to use their own arrest warrants as IDs to get on planes.

> Biden’s head of the Border Patrol just toured the southern border, and at stop, after stop, he was excoriated by his officers for his orders not to do their jobs.

> Nancy Pelosi’s Congress just passed a bill to give unlimited green cards to communist China without any security safeguards.

> And New York City has even given illegals the right to vote!

Help us fight back by supporting true conservative fighters for the U.S. Senate this year!

Democrats’ extremism policy is not like anything we have ever seen. It’s a coordinated effort between big government and big business – especially Big Tech – to replace the constitutional republic we love. It’s a partisan campaign to flood the country with, they hope, new Democrat voters.

Elites enjoy the benefits of illegal immigration while working families shoulder the burdens. And if they pipe up, the media will call them names. It’s a great game for the people on top. For the country, the Constitution, and for the rule of law, not so much.

These are the stakes in America’s immigration debate today. It’s not about “more” or “less.” It’s about whether America survives.

That’s why it’s urgent that conservatives defeat open-borders Republicans in Senate primaries in 2022.

Corporate, establishment Republicans are no better than Democrats when it comes to the border. In many ways, they are worse.

Immigration isn’t just another issue, not when elites in both parties are colluding against the American people to help themselves and hurt everyone else. It’s a conspiracy. And we need to smash it to smithereens.

Senate Conservatives Fund has been fighting Washington’s bipartisan open-borders cartel for years. Joe Biden’s corruption has made 2022 is the biggest immigration fight America has ever seen.

SCF is ready for it.

But we need your help to win. In GOP primaries. In the November elections. And next year, when the investigations, subpoenas, and impeachments start.

SCF will be there, standing up for you, and for America.

Thank you for doing your part to fight for real change in Washington by changing the people we send there.