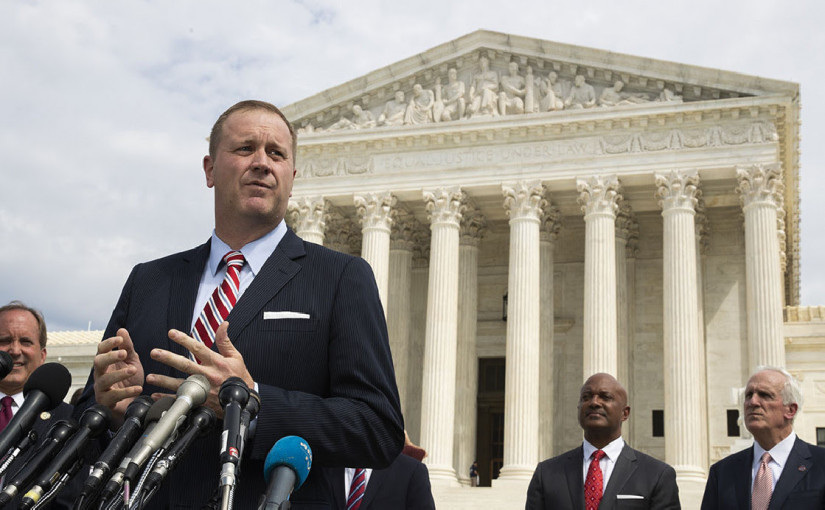 The fight for the U.S. Senate in 2022 may come down to Missouri, and it’s starting to look like everyone knows it. The Democrats, RINOs, and the Washington Establishment are pouring resources into the Show Me State. Now, conservatives must answer, and win.

Conservatives in Missouri and around the country are rallying to support state Attorney General Eric Schmitt (R-MO). He is a proven conservative fighter – one of the most principled and aggressive attorneys general in America.

Schmitt has demonstrated leadership for years. As a state senator, he wrote the largest tax cut in Missouri’s history. As Attorney General he has cracked down on violent crime and led the fights to rescue the Keystone XL pipeline, Missouri’s energy and farming sectors, and working families from Joe Biden’s illegal, predatory regulations.

And after the Supreme Court’s landmark Dobbs decision overturning Roe v. Wade, Schmitt made Missouri the first state in the country to end legalized abortion.

That’s why SCF and leading conservatives around the country have endorsed Eric Schmitt. And it’s why woke elites are scrambling to defeat him. They know the one thing that can beat The Swamp is principled, fighting conservatives who aren’t afraid of them.

Eric Schmitt is not afraid of the woke socialist Left. Please support this campaign and help save our great country!

Polls show Schmitt is in a close primary race against two weaker candidates, including an anti-gun, ex-governor who resigned from office amidst multiple scandals. Democrats know that they can beat him – but not Schmitt.

The elites’ campaign against Eric Schmitt is going to be nasty, underhanded, and incredibly well funded. Eric needs to fight every hour between now and the August 2nd primary – and then every day until November 8th.

He will have SCF’s help along with an army of conservative leaders, including Ted Cruz, Mike Lee, Dana Loesch, and more.

Now he needs you.

Schmitt needs to show his primary rivals and the GOP establishment that he can answer their attacks blow for blow and dollar for dollar. He has the best ideas and the best campaign – but he needs our support to fuel them to victory.

Thank you for supporting our efforts to build a conservative Senate.