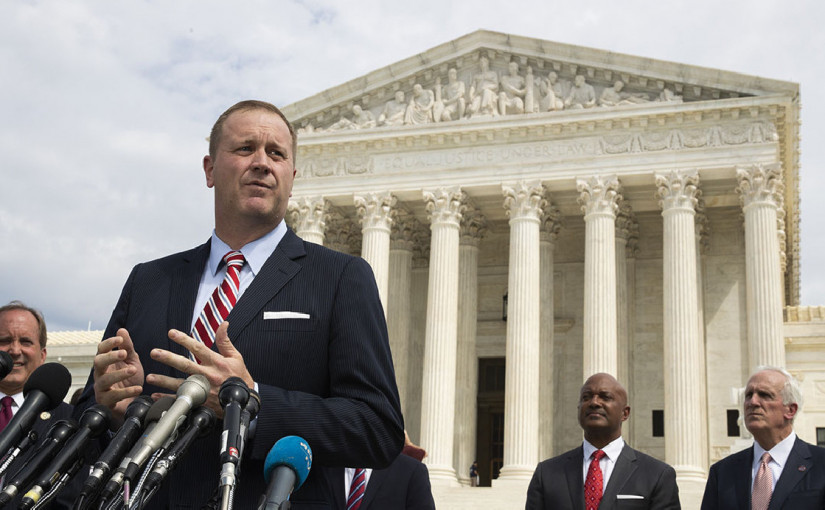 “The greatest trick the devil ever pulled was to convince the world he didn’t exist.”

That’s exactly the trick the Woke elite is trying to pull on the American people today. The Left is openly, criminally attacking free speech, censoring anyone who still believes in the Bible, the Constitution, or human biology.

But because most of the crackdown is being done by billion-dollar corporations who control the means of communication, liberal politicians pretend it’s not technically government censorship.

It turns out the Biden Administration has been telling the Big Tech companies who to silence!

Congressional Republicans don’t have subpoena power to find out the whole truth, but these facts are too important to stay secret.

Schmitt just took the Biden Justice Department to court to force them to disclose all communications between the Administration and big social media firms.

Schmitt’s work has already revealed that 45 separate Biden advisors have been communicating with Facebook, Twitter, and other platforms to silence conservative critics of Biden, Anthony Fauci, and more than 10 federal agencies.

Joe Biden’s staff has created an Axis of Censorship between our government, our media, and the massive corporations who control our communications infrastructure. Their conspiracy is un-American, unconstitutional, and unconscionable.

No one should be shocked that Biden and his woke team are working with China-cuddling billionaires to smother the First Amendment. But neither should anyone be surprised that Eric Schmitt is leading the fight to shut it down.

Eric is a principled, courageous conservative patriot who understands the Left and Big Tech are threats to our freedom and our very survival as a republic.

Eric Schmitt will help stop the Axis of Censorship. That’s why we endorsed him in the Missouri Senate race and why we remain all-in on his campaign.

Recent polls show Schmitt is in the lead against his Democrat opponent, but the race is still close enough to demand our attention and support.

With your help, we will send Eric from Missouri to Washington and take his crusade against woke censorship from the courtroom to Congress – and across the country.

The clock is ticking, so we must take action now to build a conservative Senate that will truly fight for our principles and values.

Thank you for considering this request and for doing so much to help fight for America’s future.